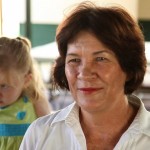 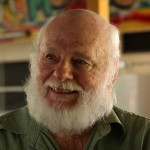 Ron Stager, one of four generations of Stagers at St Rita’s and grandfather of Darragh and Molly 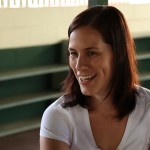 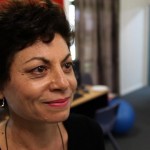 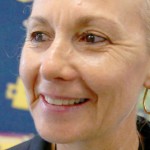 The Cairns Catholic Diocese extends from Tully in the South, north to Thursday Island in the Torres Straits.

St Rita’s School, Babinda was opened by the Sisters of Mercy on 25 January 1926 with an enrolment of 34 students. As there were no school buildings, lessons were taught in the church. A temporary convent was set up in 1928.

The foundation stone for the present school was laid in 1945. Secondary education, including a commercial course for girls that was innovative for the time, was taught at St Rita’s from 1948 to 1951. 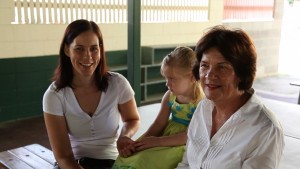 Now a Prep to Year 6 co-educational primary school, it is the only non-government / private school in the Babinda area.

The first lay principal, Bernadette Anthony, was appointed in 1988 and the Sisters of Mercy withdrew from the school in 1989. Bernadette still helps out at the school and all her children have attended St Rita’s. Her first granddaughter will enrol in Prep at St Rita’s in 2013.

Many other families in the Babinda area have long family traditions with St Rita’s, including the Stager family with the fourth generation currently attending the school.

“I have two brothers and one sister who were also educated for seven years at St Rita’s. While my brothers and sister are successful in their careers as an Electrical Engineer, Computer Scientist & Senior Chemistry/Maths teacher, more importantly they have succeeded in their personal lives and in their communities.

For our children, having almost five years of education at t Rita’s, we are encouraged not only by the way in which they are progressing with Reading, Writing and Mathematics, but also in their confidence, persistence, resilience and ability to make and keep friends. Our children are doing their best in the happy, safe environment that is provided at St Rita’s.”